Gloucestershire County Council is set to approve the contract for the £219m scheme to upgrade Junction 10 of the M5.

The council’s cabinet will be being asked to formally agree the contract for the scheme next week, following the announcement in March that its bid to funding bid had been successful.

It said that plans to build the junction, which will give access from the motorway both northbound and southbound into Cheltenham, have since been accelerated. 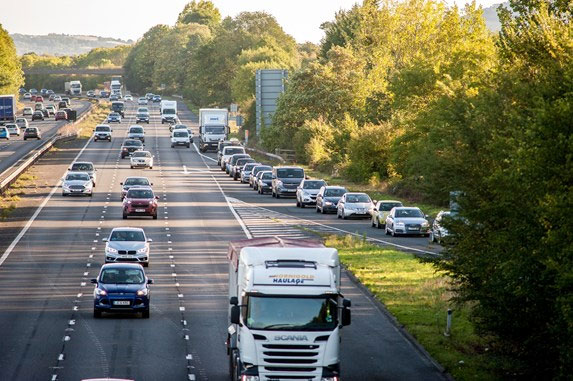 The council said the new junction will support areas identified for housing north and west of Cheltenham in its joint core strategy and will open up employment land, boosting economic growth and providing more jobs, as well as helping to improve local roads for the benefit of the entire county.

Nigel Moor, cabinet member for environment and planning, said: ‘The council has seen the upgrade of Junction 10 as a priority for the county for many years and I hope cabinet will once again give their backing to this scheme which will cut unnecessary journeys and pave the way for affordable housing, cyber jobs and for the future of central Gloucestershire.’

When the new junction is in place those travelling south from north west Cheltenham will be able to join the motorway without travelling across the town to junction 11, with the aim of reducing congestion and unnecessary traffic pollution and improving journey times.

The council said the town’s environment will also receive a boost as traffic on unsuitable urban roads will be reduced.

In addition, a new link road and associated junctions will be built linking the new M5 Junction 10 to the west Cheltenham area. There will also be capacity improvements to the A4019, an upgraded junction at Coombe Hill, with the Arle Court Park and Ride site being expanded and converted to an ‘interchange’.

A ‘Park and Interchange’ is a hub where there are a number of transport facilities available to use, compared to a ‘Park and Ride’ where boarding a bus is the only transport provision available.

The council said detailed planning for the upgrade is at an early stage but additional facilities such as electric vehicle charging points, and extensive cycle racking so people can cycle onwards in to town could be included, as well as the option to get on a bus.

It added that discussions are underway with Homes England, which awarded the funding, so that the contract can be signed as soon as possible. In the meantime, the council said it has increased the pace of the project to meet the ‘challenging delivery’ programme.

A public consultation is due to start in the autumn, with an exact location for the new junction expected to be announced next spring. A further consultation linked to the planning application will follow.