The trial will be conducted on a pre-defined 19km route and will see autonomous cars self-navigating through roads in the London boroughs of Croydon (pictured) and Bromley. The cars intend to pick up and drop off a pool over 100 volunteers at pre-defined spot and participants will be given specific time slots to take part in the research. 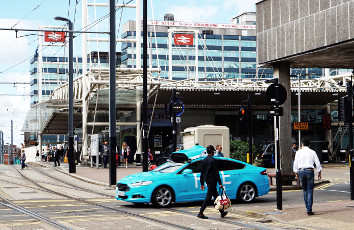 The commuter trials are not open to the general public and only those individuals who are invited by insurance firm Direct Line Group will take part.

Participants will also be asked a series of questions before, during and after their trip to provide information to researchers about how the driverless cars reacted to real-life situations on busy roads.

The technology powering the autonomous cars has been developed by FiveAI, a UK-based start-up that has raised about $35m in funding to date. The reference software stack used in the FiveAI’s self-driving system was developed and trained using a data set from complex UK roads and cities, including London.

FiveAI’s partners in this project include Direct Line and TRL.

Stan Boland, co-founder and CEO of FiveAI, said: 'Shared, self-driving vehicle services promise a better way for people to get around. We’ll be working with forward-thinking partners to make these services a reality in European urban environments.

'The lessons learned through StreetWise provide an important step towards that goal.'