Average speed cameras are reducing speeds on the Orwell Bridge in windy weather, the providers of the technology have said.

The stretch of the A14 usually has a 60mph limit, but this is lowered to 40mph in strong winds. Before the variable limit was in force, the bridge had to be closed completely in windy weather, but now that only happens when gusts over 60 mph are expected. 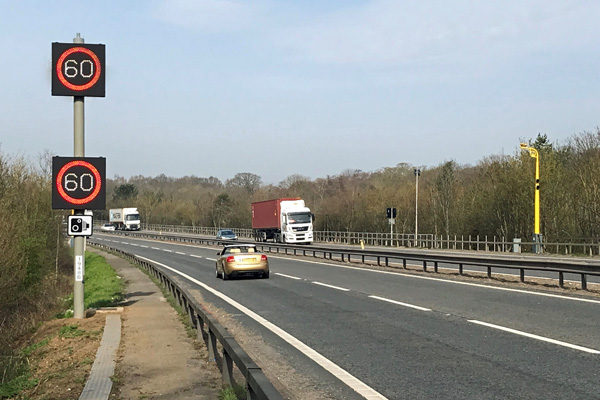 Deputy managing director Geoff Collins said: ‘It’s clear that keeping the bridge open during strong winds is only safe if people stick to the lower limits. Our flexible enforcement solution means that people do comply – the statistics prove it.

‘There is a clear opportunity for similar schemes to be introduced on other bridges across the country, which would be good news for drivers on those routes, and for the economies and local areas affected when the key crossings are shut.’

National Highways’ head of planning and development, Simon Amor, said the company was ‘really pleased with the results so far’.

He said: ‘Since the completion of the new £1.5m upgrade of the Orwell Bridge in March, the new speed limit of 40mph has been implemented five times; three times in May, and twice in July.

‘On each occasion, the wind speeds were in excess of 50mph for sustained periods of time, which historically would have meant we would have had to close the bridge for safety reasons, and divert traffic through Ipswich.’