Pendlebury and Dawes get top gongs in New Year Honours

Senior officials at the Department for Transport (DfT) have again been recognised in the New Year Honours 2020.

However, the highest honour to a public servant in the sector goes to Melanie Dawes, permanent secretary at the Ministry for Housing, Communities and Local Government, who becomes a Dame Commander of the Order of the Bath for public service. 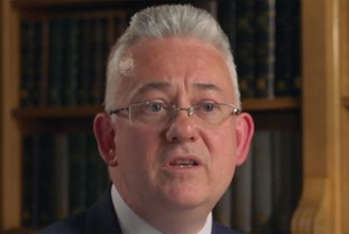 Graham Pendlebury (pictured), who recently stepped down as director, local transport at the DfT, becomes a Commander of the Order of the British Empire (CBE) for public service.

Jennifer Body of Airbus, the first woman to be president of the Royal Aeronautical Society,  was also awarded the CBE for services to aerospace engineering. She was previously an OBE.

Among those made Officers of the Order of the British Empire (OBE) for services to transport are Andrew Falvey, commercial director at the Driver and Vehicle Licensing Agency, and Andrea Pearson, head of international rail at the DfT.

Amanda Lane, team leader at the DfT, and Margaret Timmins (Jackson) the DfT’s head of northern and transport for the North Engagement Team become Members of the Order of the British Empire (MBE) for services to transport.

Other prominent women awarded the MBE are Adeline Ginn, founder for Women in Rail, for services to rail, and Natalie Gordon, control centre team manager at Transport for London, for services to transport and the community in London.

Alison Kentuck, receiver of wreck at the Maritime and Coastguard Agency also becomes an MBE for services to salvage and underwater heritage

Bus driver and safety co-ordinator Susannah O'Neill is awarded the British Empire Medal for services to public transport and to the community in Northern Ireland.