Road and bridge manual gets its own redesign

With publication of the last remaining documents of the revised Design Manual for Roads and Bridges (DMRB) next spring, a major overhaul of the UK’s key design manual for motorways and trunk roads will draw to a close.

More than 300 separate documents – about a third of them relating to bridges and structures – will have been revised and rewritten since the review of the DMRB started three years ago, and Highways England argues that the impact on the industry in terms of improved efficiency and accuracy will be significant. 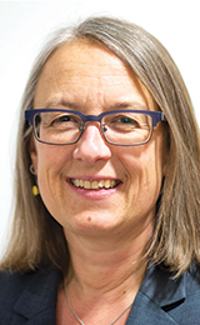 Not only will the new manual be clearer, more concise and easier to use, it will also be held in a digitised format that will enable revisions to be made rapidly and will even be machine-readable by industry software, bringing a step change to the way that designers interact with it in their day-to-day work.

Piecemeal development of the document over the last 30 years has led to inconsistencies in the language used across the manual, ambiguity, and outdated content.

As this is the key guidance document for engineers working on the UK’s motorway and trunk road network, the significance of clarity and accuracy cannot be underplayed, and underlining the distinction between requirements and advice is also a central aim of the review.

The language used in the documents has been standardised, so that requirements, guidance and notes are differentiated clearly, using ‘shall’ and ‘should’, ‘must’ and ‘can’ to underline this. But these are not the only improvements that engineers will notice, says Highways England head of technical standards Steve Davy.

‘The most important difference that bridge engineers will notice is that the documents will be up to date,’ he explains.

When engineers want to design something that is outside the scope of the published DMRB they have to go through the ‘departure from standard’ procedure. This might be necessary, for example, where innovations in technology are yet to be incorporated into the manual; others might relate to legislative changes such as a new act of parliament, or the introduction of new standards, particularly the Eurocodes.

The appropriate client agency then assesses each application on a site-by-site basis in order to respond to it. Under the old system, this took on average 49 days, says Mr Davy. ‘Having a clearer, more up-to-date DMRB will reduce the number of such applications,’ he says.

The procedure for applying for a departure from standard has also been revised and is already showing significant results.

‘Over the last two months, since the new application system has been in operation, the average time to respond has dropped to just seven days,’ Mr Davy reveals.

Some documents have been withdrawn, others replaced by reference to standard industry guidance, some merged with other documents or interim advice notes, or simply revised to the new format.

Each overseeing authority (Highways England, Transport Scotland, Welsh Government and Department for Infrastructure Northern Ireland) is able to add national annexes to reflect its own requirements. The specific changes that bridge engineers will see include:

In relation to the latter, Mr Davy underlines that designers will now be obliged to consider how and whether they have implemented good design principles into their designs.

‘We consulted the strategic design panel at an early stage, and we had ongoing dialogue with them. I’ve attended a number of the design panel meetings, and they’ve given me feedback as to how the DMRB is developing.

‘This summer we expect GG103 on the Good Design Principles to be published and this will look at how designers should consider good design in all aspects of the design process, and applies to all parts of the DMRB,’ he says.

Since the first revised documents were published a year ago (Highways June 2018), new documents have been released on a monthly basis, with anywhere between eight and 12 published each month across the whole of the DMRB, Mr Davy says.

At the same time, the related documents – which can number 12 or 15 in total – are withdrawn.

Work is still on schedule for completion of the whole review by the end of March next year.

‘There are a lot of documents that are currently in the final stages of the drafting and review process, so we have no concerns that we won’t meet this deadline,’ Mr Davy says.

The short timescale for the review and republishing process is the main issue raised by the bridges group of ADEPT, which represents local highways authorities across the UK. 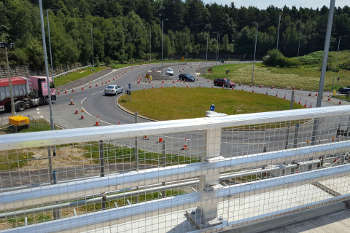 Keith Harwood, who is head of bridges and structures at Hertfordshire County Council and a member of the ADEPT bridges group, says that although it supports the overall initiative, it is concerned that local authorities have not been given sufficient time to respond effectively.

The effort to accommodate new research in masonry arch bridge assessment is welcomed, but Mr Harwood wonders whether Highways England has had time to properly assess and incorporate feedback. There is also a concern that parts of the revised manual will still be quite prescriptive, and don’t support the move towards risk-based decision-making that the industry is aiming at.

The new documents are being published alongside the remaining old documents on the same Government website, www.standardsforhighways.co.uk, but identified by a new numbering system.

‘When we get to the end of March next year, we will then reformat the contents list of the manual and the way in which they are ordered, so they are classified according to the stages of the asset lifecycle,’ says Mr Davy.

‘This will enable users to locate the documents more quickly than they can at present.’ Central to the reviewing procedure has been the use of bespoke cloud-based software known as CARS – the Collaborative Authoring and Review System – which made it possible for authors and reviewers to work on documents simultaneously and remotely. This system was developed by specialist supplier CACI working with Highways England to facilitate the review process, but it has also been set up with future-proofing in mind.

The CARS system is based on lots of open source technology; Mr Davy says it has proved very effective, and is popular with the five hundred or so current users.

‘With the introduction of this system, the time taken to draft and review a document, up to the point of approval to publish from the chief engineer, has improved by 60% with a 40% reduction in cost,’ he claims. Before the DMRB overhaul, around 20-30 documents were being reviewed every year; last year more than 100 documents went through this process. Future revisions will also be much more straightforward, he predicts.

'Although to the users at the front end it still looks like a document written using a word processor, in the background, all of the information is being stored as data in a database.

‘The software enables clause-by-clause updates of the DMRB rather than having to revise the whole document,’ he adds.

‘It assists drafters as it has automatic text checking for verb forms, sentence structure and so on, to make sure it complies with the drafting rules, automated cross-referencing and a bibliographic database.’

It is also intended to be machine-readable by design software, and Mr Davy reveals that his team is currently working on a pilot project to test an automatic connection between the new digitised DMRB, and design software.

‘Instead of software companies having to read and understand the DMRB documents, and hard-code the relevant part into their design software, they will call on the detail and the data directly from the DMRB database,’ he says.

‘We are undertaking testing this year, with two particular software products – one highways-based, the other covering all aspects of highways and structures – with the intention of starting to roll it out in 2020.’

Highways England is also investigating ways in which the CARS system can be applied elsewhere.

’As a publicly-funded organisation we can’t sell the product as such, but through a Department for Transport initiative called the Transport Innovation Efficiency Strategy we are looking at ways we can share the system with other infrastructure owners such as Network Rail, safety standards boards and so on,’ he says.