The first freight trains have delivered aggregate to the site of a new asphalt and aggregates facility under construction by Tarmac in north east Birmingham.

The city centre plant, which will provide materials to support infrastructure projects in Birmingham and the wider region, is being entirely supplied by rail, resulting in a reduction in HGV traffic on the local road network. 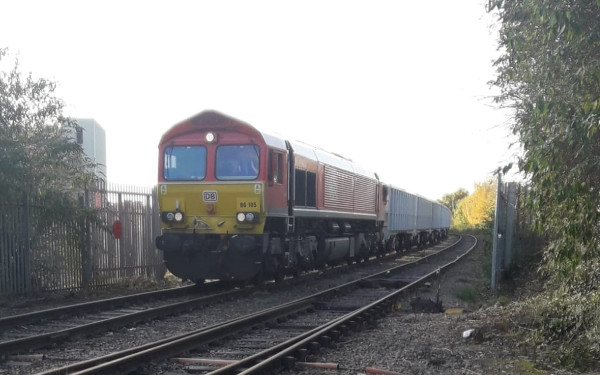 Rail freight services are being provided by DB Cargo, which is utilising a newly adapted fleet of wagons to transport aggregates from Tarmac’s Mountsorrel quarry in Leicestershire to the site on previously disused railway sidings. Material currently being delivered is for the construction of the plant.

Tarmac said the new wagons, which are converted from traditional ‘coal hoppers’, are among the most efficient transporting construction materials in the country.

Chris Swan, head of rail at Tarmac, said: ‘Continually increasing the volume of materials moved on the rail network supports our underlying commitment to sustainability across our whole business.

‘The new Birmingham facility is a great example of the benefits of transporting construction materials into a city centre location by rail freight.

'We’re able to support the efficient delivery of local infrastructure projects without increasing HGV movements on the local road network, enabling us to lower the whole life carbon footprint of customer projects as well as reduce our transport CO2.'

Tarmac’s new facility is due to be operational this year and will include recycling technology to help local highways authorities recycle and re-use asphalt from existing roads.

It will also have the capability to produce low temperature asphalts, which can reduce the carbon footprint of local road projects by 15 to 25%.

Tarmac said it is one of the UK’s largest users of the rail freight network, transporting around 9 million tonnes every year.