At its heart, ITS is about communication, the moving of data to help the movement of people. Over the last 20 years, communication and information technology have advanced at such a pace that every other industry could only chase behind. Between mobile phones and high-speed internet, the entire world has shrunk into the palm of your hand, presenting a massive opportunity in ITS.

Iain McDonald, ITS business manager at Colas Ltd, says: ‘The biggest issues over the last 20 years has been the move from the old dial-up PSTN broadband and landlines to wireless mesh and on to 5G.

‘Communication [in highways] has become a two-way process that has allowed the industry and authorities to start helping drivers by influencing their journeys, the directions they take, the speeds they drive. I expect that to only increase and we could have multi-directional communication in the age of 5G and the internet of things.’

This connectivity explosion has changed the focus of ITS and intelligent highway systems, says Matthew Vincent, marketing director for intelligent traffic solutions at Siemens Mobility. ‘The availability and adoption of much-improved communications infrastructure and cloud platforms, together with new machine learning techniques, have enabled new software services and business models to be considered,’ he says.

‘The predominantly driver-centric mindset that has been prevalent for many years, where outcomes were focused on, for example, better journey times, is changing. A broader consideration for all road users is now much more common, with outcomes increasingly based on improved safety for all road users and of course reduced vehicle emissions.’

Siemens Mobility has brought about its own innovations in ITS and is at the forefront of how the sector tackles the relatively new issue of air quality concerns. Mr Vincent says: ‘There have been a few big developments for Siemens. The most significant has been the move to cloud hosting, opening up new ways of delivering ITS services to both our customers and to road users. This is core to our portfolio – across our ITS and enforcement solutions in particular.

‘Our technology sits at the heart of Low Emission and Clean Air Zones and is helping deliver real benefits in terms of cleaner air and improved driving conditions, and we are also excited to begin a new era of distributed traffic control with Plus+ [which uses distributed intelligence with simple power and data cabling].’

The process by which new innovations come to market has been another dramatic change for the sector in recent years.

As of 22 April 2016 when the Traffic Signs Regulations and General Directions 2016 came into force, the statutory type approval system previously required under Direction 56 ceased. Type approval had been provided on behalf of the secretary of state by the former Highways Agency under the auspices of the Department for Transport (DfT).

When this was removed, companies had to self-certify their products under the governance of EU and UK standards.

Mr McDonald says: ‘This opened up the industry somewhat and meant that some technology such as radio temporary traffic signals could come in a lot quicker. However, it meant that companies had to buy in the skills to self-certify products.’

The removal of type approval led to the creation of TOPAS (Traffic Open Products & Specifications), which was set up to co-ordinate the management and development of technical specifications for traffic control and related equipment. TOPAS offers ‘a straightforward means for customers to verify manufacturers’ compliance with the specifications through a new product registration system’.

TOPAS has been endorsed by the DfT, the Association for Road Traffic Safety and Management and council directors’ body ADEPT, which provided the initial funding.

It is comprised of four delegates from industry, four from local government through ADEPT and four from the Governments of England, Scotland, Wales and Northern Ireland. TOPAS is a limited company but effectively operates like a highly technical voluntary organisation that charges a fee for its certification of manufacturers’ self-certification.

Colas is currently going through the TOPAS process with its work in Lincolnshire, where it is bringing the Colas M@estro traffic signal controller system over from France. This is the first time it will be used in the UK and the company has spent three years to make sure it is compatible with the UK’s systems, which gives you some idea of how complex this sector is.

‘We are currently in the process of presenting the papers to TOPAS to show them that we have met the self-certification standards,’ Mr McDonald reveals. 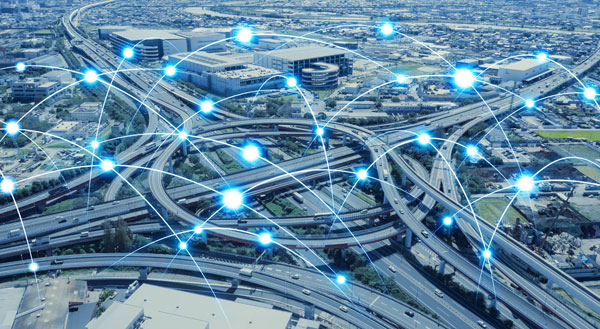 ITS expert Dr Mark Pleydell is director of Pleydell Technology Consulting Ltd and a member of the TOPAS Management Board.

He suggests the biggest developments in ITS over the last 20 years have been ‘mobile comms, single board computers and Linux’ and adds that a major focus for the industry has been ‘accommodating developments without disrupting the existing and prevailing systems’.

Dr Pleydell argues that the industry is still grappling to know what to do with the advance of mobile phone data over the last generation ‘but I think that is largely because we don’t necessarily understand the problems well enough to define the questions’.

Looking at some of the barriers faced by ITS, especially around its integration with other sectors, he says: ‘The rapid development of advanced Driver Assistance Systems, Cooperative Intelligent Transport Systems, and Connected and Autonomous Vehicles may lead to a disconnect between the existing and prevailing established systems of ITS and traffic control.

‘Under the Traffic Management Act, traffic managers have a duty to manage and improve the movement of people and goods within their purview. That allocation of responsibility and accountability supported the delivery of focused and directed work, balancing the new with the existing to good effect. There seems to be a disconnect now between global mobility solutions and local objectives.

‘The professional bodies and trade organisations in the ITS and Traffic Control sectors have recognised the need for clarity and are joining together to share concerns and discuss problems with the aim of asking for advice or working with government and users. Activities like these may not yield obvious deliverables but they do inform a sense of direction and purpose for us.’

Highlighting some best practice, he cites the Traffic Management Cell at Dartford, a Highways England project managed by Connect Plus. This project brought together a diverse team and ‘implemented a unique solution for protecting tunnel infrastructure by detection and removal of a sub-set of vehicles from the huge traffic flows’ and during its creation required (at least) ‘two completely new products to be developed and deployed’.

The integration of civil engineering, town planners and ITS is an issue, according to Mr McDonald. ‘Sometimes ITS can be an afterthought. ITS is the package that sits on top. This is probably not the best way to do things but it is hard to change the culture.

‘One of the best ways to influence this is perhaps through an alliance system, which could integrate civil engineering and ITS at an earlier stage. Colas was part of Midland Metro Alliance and provided signalling for the light rail system.’

Mr Vincent says that ‘ITS systems have tended to operate within their own ITS eco-system, making good use of appropriate data from the roadside, but were not necessarily designed with data inter-operability in mind’.

‘Aside from a willingness to share data, there needs to be the appropriate mechanisms (and business cases, financial or otherwise) to make it happen. Fortunately, the advances in technology and communications can only help with integration, particularly as the benefits of shared data become clearer and the use cases requiring it to become more prevalent.‘

John Nightingale is a director at JCT Consultancy Ltd, which runs the JCT symposium, a key event in the ITS calendar since 1996.

Looking ahead to the future, Mr Nightingale says: ‘What if the road surface and its constituent materials were in itself “Smart”? If it were possible to install a smart mesh in the highway during construction, it could present significant opportunities for monitoring, control, maintenance and even power.

‘So what would a smart mesh be? Well, it would probably consist of a collection of materials with power and data capabilities and piezoelectric, thermocouple, hygroscopic and inductive properties. It would be flexible, come on a roll and would be installed as a component (or layer) during construction or resurfacing.

By being a mesh it could be truly continuous and be an embedded component of the highway structure and barring complete severance it may be robust enough to suffer damage without loss of service.’

This type of technology has been looked into by Shell, Highways understands, so may not be as futuristic as one might think.

These types of ambitious ideas are great fuel for an ITS sector that has come a long way in the last 20 years and has every reason to be ambitious about the next generation.