The road ahead: Getting investment right for our highways networks from 2020

Our strategic roads - our motorways and major A-roads - are our transport arteries. They are key to keeping people and goods circulating about the country, ensuring that our economy and UK plc stays in good health.

Since most of these roads were built in the second half of the 20th century, traffic volumes have grown enormously. Investment, especially on the local road network, has not kept pace.

Highways England was created in 2015 as stewards of the strategic road network (SRN) and a Road Investment Strategy (RIS) was introduced that set out a long-term approach to improve the network, with the strategy reviewed and updated every five years.

RIS2 is upon us – with one major change

As the end of the initial 2015 - 2020 investment period draws closer, the Government has been consulting on its plans for the next Road Investment Strategy, RIS2. This strategy contains a number of new proposals, but is different to its predecessor in one crucial way: the network will be funded from the National Roads Fund, resourced by the Vehicle Excise Duty paid by motorists in England. 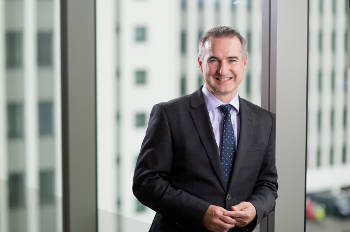 This is an example of a hypothecated tax, which is something I have long argued for as a mechanism to ensure properly allocated funding. Up until this point our road network has been our most important transport asset – but also a major liability. In effect, hypothecated taxation transforms it into an asset with a value.

In a separate consultation, the Government has also proposed the introduction of a Major Roads Network (MRN), complementing the strategic network, that will see other major A-roads eligible for new funding.

Sensible proposals but could be better

These are all welcome measures. They are themes that we support, as a major contractor operating in the sector. The first investment strategy saw billions of pounds of investment come into the network and companies such as Amey created scores of new jobs, apprenticeships and opportunities for small businesses across the country. This is all good news.

With fresh investment due to arrive via RIS2, there are opportunities again for companies such as ours to make a difference to road assets as well the local communities we serve. But could that investment be even more wisely allocated?

Although a focus on strategic roads is understandable given how central they are to the overall highways network, analysis by the Local Government Association (LGA) revealed earlier this year that, based on the Government’s current plans, strategic roads will receive 52 times the level of investment per mile by 2020, compared to local roads. That is a staggering discrepancy.

There is the real possibility that under-funded local roads will prevent RIS2 achieving growth and customer outcomes, we believe, because all SRN journeys are affected by the performance of the local network. The fundamental problem is that to join and leave the strategic road network, you do so on local roads.

Enhancements should not trump maintenance

Admittedly, the current MRN proposals do go some way to addressing this issue. They invite local authorities to apply for funding for capital works on major roads on their networks. But we think that a greater proportion of monies collected through the National Roads Fund could be channelled to these roads – and also cover some maintenance spend, not just enhancements. An immaculately maintained strategic road network alongside a mesh of crumbling local roads is not a coherent highways strategy.

Those of us working in the highways sector would do well to remember that people travelling in their vehicles from A to B really don’t care how each road on their journey has been categorised. It doesn’t matter if it’s a strategic or local road; it is the overall journey experience that counts.

Collaboration will be key to success

For the MRN concept to succeed there will have to be greater collaboration. The proposal requires closer regional ties with neighbouring authorities, sub-national transport boards and local enterprise partnerships. This is of course possible but it does involve recalibrating mindsets.

The maintenance backlog on the local road network is well known. The LGA said earlier this year that the cost of the repairs backlog for council maintained roads could rise to £14bn by around 2019 – more than three times councils’ entire annual revenue spending on highways and transport. It added that the average English authority faces an estimated one-off cost of £69m to bring its roads up to a reasonable condition.

The additional funding provided through the MRN mechanism, in its current proposed form, where only capital works are eligible, does not address maintenance. In fact, the additional money made available through it has the potential to increase the backlog if new roads are built. This proposal needs further examination, as we all know the immense pressure on local authorities to address potholes and other maintenance issues.

We applaud the analysis – but would urge further thinking

We’ve spent a great deal of time exploring the new proposals in both the Government’s consultations. We applaud Highways England and the DfT for their thorough analysis of the state of the highways network and how improvements could be made. We agree with their main themes and the focus on the importance of operations and maintenance above all else.

But there is also space – and indeed, we would argue, a need – for fresh measures that help ensure all our roads stay in the good condition, delivering the benefits for the country and our economy that we all know they provide.