The 2021 Budget announced a range of small to medium-sized transport and highways spending measures, including £135m 'development funding' for the A66 Trans-Pennine upgrade.

The Government is providing the cash to 'accelerate the start of construction on the A66 Trans-Pennine upgrade to 2024'. 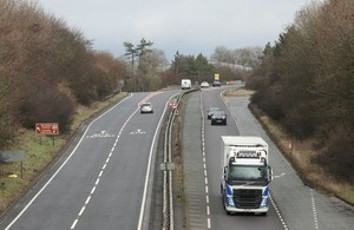 Treasury documents highlight that the cash builds on the Spending Review 2020 pledge that the construction phase would be halved from 10 to five years as part of 'Project Speed'.

The settlements will come from a £4.2bn cash pot and are 'subject to the creation of appropriate governance arrangements to agree and deliver funding'.

This Budget, the Treasury confirmed 'capacity funding in 2021-22 to support those city regions with appropriate governance arrangements already in place to begin preparations for settlements'.

Along with other smaller rail station announcements, there was also £50m to develop proposals for transport improvements around the High Speed 2 Birmingham Interchange Station - helping support regeneration at Arden Cross in Solihull.

In addition, a total of £59m is earmarked to support the construction of five new stations in the West Midlands, cutting journey times from Willenhall, Darlaston and south-west Birmingham into the city centre.

More than £40m of funding to reinstate passenger services on the Okehampton-Exeter line will also be released, subject to final approval of costs and contracts.

Treasury documents also announced that the Government would match fund up to £30m towards the construction of a rolling stock and infrastructure testing complex in Wales, along with the Welsh Government and the private sector.

Fuel duty will once be frozen in 2021-22 for the eleventh consecutive year, cumulatively saving the average car driver £1,600 compared to the pre-2010 escalator.

'Future fuel duty rates will be considered in the context of the UK’s commitment to reach net-zero emissions by 2050,' the Treasury said, hinting this could be the last year.