Influential MPs have been told the local highways network needs around five times more funding than it receives every year, while key legislation needs to be reformed and skills levels are at an all time low.

A second public session of the Transport Select Committee's investigation into local roads governance and finance saw key figures in the sector give another critical assessment of the current state of the politics behind highways management. 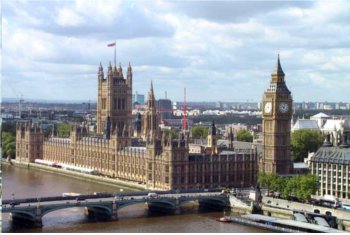 Dr Howard Robinson, outgoing chief executive of the Road Surface Treatments Association, told the committee: ‘Ministers don’t understand the scale of the problem. The replacement cost of the local road network is about £300bn. A combined spend in local authorities is about £3bn a year – half of that is not even on the pavement, the road - it’s on bridges and street lighting. So we are spending about 1% a year on the asset replacement cost and it is an old asset.

‘Most roads are asphalt roads and if you are getting 20 years out of them you are doing fairly well. So we need to spend about 5%. So about five times as much.’

Paula Claytonsmith, managing director of Gaist, told MPs that the Highways Act 1980 - the key legislation governing reasonable maintenance of a public highway - need ‘updating in a range of different places’.

Richard Hayes, chief executive of the Institute of Highway Engineers, said ‘materials knowledge is the lowest it has ever been’.

There was common agreement among those before the committee that local authorities had achieved almost all the efficiencies they could under the current model, although training and skills, especially in the use of data, was highlighted as a potential benefit.

As usual the need for longer funding horizons to allow better asset management was stressed by all. A senior figure on the committee told Highways: ‘It’s something we have all heard before. Better financial planning and long term investment. It’s just common sense.’

In the previous hearing, president of the Chartered Institution of Highways and Transportation, Matthew Lugg, called for mandatory cuts to the number of highway authorities in England.

In this session Paul Fleetham, managing director contracting, Tarmac, suggested the number was a problem but suggested a somewhat more collaborative approach.

‘One complexity is the amount of local authorities and the critical mass,' he said.