Khan boosts scrappage scheme by £5m in run-up to ULEZ

London mayor Sadiq Khan has announced another £5m for a scrappage scheme to help those on low incomes or with disabilities ditch polluting vehicles for cleaner models, bringing total spend up to £61m.

The scheme was put in place ahead of the Ultra Low Emission Zone expansion in October, under which the zone will run up to, but not including, the North and South Circular roads. More than 80% of vehicles seen in the zone are already compliant, the mayor said. 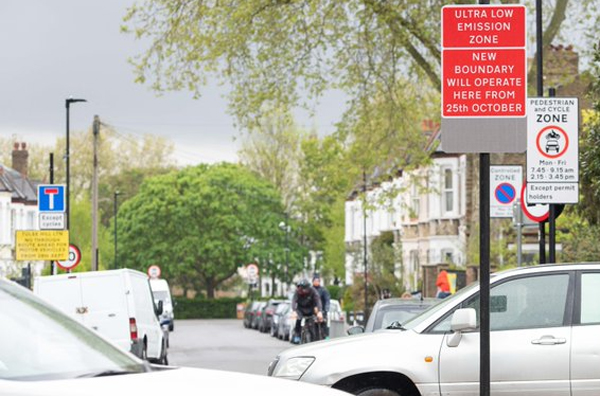 Since the scheme was launched in 2019, it has helped replace or retrofit more than 10,000 vehicles, the mayor's office said.

As well as low-income Londoners, the scheme has already successfully helped micro businesses, sole traders and charities to scrap more than 5,000 older vans - however, the van element of the scheme is currently suspended.

Charities can continue to access funding to scrap minibuses.

Motorists can apply for:

The health impacts of air pollution cost lives, while research from the Confederation of British Industry has shown that cleaner air could also boost the economy by £1.6bn.

Tens of thousands of Londoners still breathe illegally polluted air and 99% of Londoners live in areas exceeding the World Health Organization (WHO) recommended guidelines for PM2.5, which are much tighter than the legal standards.

Mr Khan said: 'We need the Government to follow London’s lead and help clean our filthy air once and for all, by strengthening the Environment Bill to include WHO recommended air quality limits to be met by 2030 and supporting a targeted national vehicle scrappage fund that will help motorists across the UK to ditch their polluting cars.'

To apply for the scheme visit: http://tfl.gov.uk/car-motorcycle-scrappage.

Individuals eligible for the scheme need to be in receipt of one or more of the following means-tested benefits:

And/or applicants in receipt of one or more of the following non means-tested disability benefits: