The Welsh Government has announced 50mph speed limits on five major roads as part of a package of measures to improve air quality that raises the prospect of mandating councils to introduce clean air zones (CAZs). 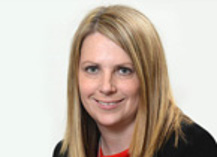 The fund will run until 2021 and support local authorities to comply with nitrogen dioxide (NO2) limits and improve air quality in their areas.

Ms Blythyn  said: ‘We will encourage local authorities to introduce Clean Air Zones, where evidence suggests they are needed to reduce harmful emissions, as well as launching a new website which allows people to check the air quality in their area.’

The Welsh Government said temporary speed limits will come into force within the next two months ‘over the short length of the exceedance’ at five locations to reduce NO2 levels where levels are currently above legal limits:

It said the measures are expected to deliver immediate improvements to air quality at the key locations, with speed limits expected to reduce emissions by up to 18%.