Q and A: In the NIC of time

They discussed the role of the Commission, how it has been working with government during the consultation period on the the National Infrastructure Assessment (NIA), and the response the NIA has received from organisations across the sectors. 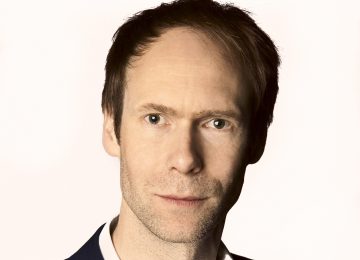 Prior to joining the NIC, Mr Graham worked on many of the UK’s most important infrastructure projects for the Department for Transport (DfT). He led the development of the Government’s high-speed rail strategy from its inception and took it through one of the country’s largest ever consultation and analysis processes, as well as leading the team supporting Sir Howard Davies’ Airports Commission and working on the London Olympics. Previous roles include posts running the DfT’s incident response team, working on the Eddington study of transport and economic growth and as‎ private secretary to the secretary of state.

Where is the current focus for the National Infrastructure Commission?

'Our main focus is securing a positive response to our National Infrastructure Assessment, the first of its kind for the UK. The establishment of the Commission was a big step forward in transforming how the UK plans and develops its infrastructure. Now that we’ve made our recommendations, it is important that there is an ambitious response from Government and that they are adopted and implemented in the National Infrastructure Strategy that it has said it will publish later this year. The NIC was established to provide the long-term perspective that industry has long craved, and we want to see the Strategy delivering that, based on our work.'

How has the NIC been working with government?

'We work closely with government – and that’s not just Westminster and Whitehall. We involve representatives from across the UK in our policy development and engage with every tier of government, whether that’s Ministers, Metro Mayors or local councillors. Our analysis is grounded in rigorous evidence and any recommendation the Commission makes comes from what the facts tell us.'

How has the response been to the NIA across both government and industry?

'We’re pleased that the NIA has been met with a positive response. There’s widespread feeling that a new way of planning our infrastructure – taking a long-term, holistic approach – was well overdue. The critical test now is how they are taken forward in the National Infrastructure Strategy.'

What key considerations would you hope to see included in the final National Infrastructure Strategy?

'Infrastructure needs long-term vision, lasting plans and stable funding, and that is what we will be looking to the National Infrastructure Strategy to deliver. Our assessment plans for as far into the future as 2050, so we’d want a strategy from Government that reflects that and honours the logic that brought the Commission into being in the first place. It is also crucial that it includes clear actions that demonstrate how our recommendations will be made a reality. And, having been provided by the Government with a guideline for public investment in infrastructure of 1.2% of GDP, we want to see that made a reality.”

What’s next for the NIC?

'As well as focusing on the response to our National Infrastructure Assessment, we are now putting the foundations in place for future assessments and looking at some of the fundamental building blocks of infrastructure policy and planning through our ongoing studies on freight, utility regulation and resilience. We are also collaborating with our Young Professionals Panel, which is made up of talented early career professionals working in the infrastructure sector. And we’re starting to explore some more creative approaches, such as looking at the role of design in infrastructure and how we can use ‘deliberative democracy’ techniques, like citizens’ juries, to inform our policymaking.'

The NIC will be speaking at the WIG Infrastructure Conference, what are you hoping to get out of the day?

'I want to use this conference to emphasise just how important a positive and ambitious response to our recommendations – one which provides long-term vision, lasting plans and stable funding – will be in delivering the infrastructure that the UK needs.'

To hear more from the NIC and key stakeholders from across the infrastructure space, book your place at the WIG Infrastructure Conference here. The event will give you unique insight into how the public sector is prioritising and making large-scale infrastructure projects a reality.

You will hear from:

The NIC has secured you a special £150 discount. To get your tickets, go here, and use the code WIGNIC19