The Aggregates Levy remains but exemptions under spotlight

The Government has rejected calls for reforms to the national Aggregates Levy but will consult on the tax treatment of aggregate removed during construction works.

Officials said they recognised that 'aggregate arising on construction sites has the potential to result in unjustified market distortion'.

Aggregate that has previously been used for construction purposes is currently exempt from the levy, including aggregate from construction and demolition waste and road plannings, which are often used for paths and increasingly recycled for road construction. 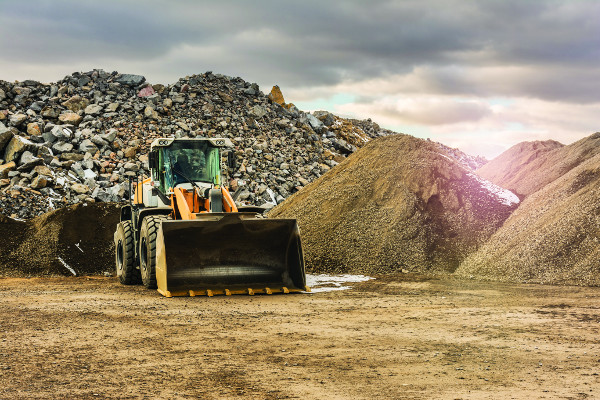 In the case of roads and railways, the material must be removed from along the line of the road or the railway to qualify for exemption - although the levy also does not have to be paid on aggregate that is returned, unmixed, to the land at the site from which it was originally removed.

The planned consultation will focus on two issues: 'Firstly, on exemptions under the levy for aggregate that arises as a consequence of activities that are not for the purpose of extracting aggregate or other minerals. Secondly, on the exclusion for material returned to the land at the site from which it was won, in order to determine whether these need to be clarified or amended to prevent abuse.'

The government has also pledged to consider the reintroduction of a fund similar to the previous Aggregates Levy Sustainability Fund - set at £29.3m in England in 2002-03 and 2003-04 - created by the hypothecation of levy revenues to support environmental progress around aggregate extraction.

The Aggregates Levy is an environmental tax on primary virgin aggregate - rock, sand and gravel used as bulk fill in construction - and has been largely unchanged since its introduction in 2002. It is designed to incentivise the use of recycled or secondary aggregates to support a more circular, sustainable economy.

It has been subject to protracted legal proceedings over the issue of state aid, which concluded in February last year with the litigation against the Government and the European Commission being withdrawn.

Many in the quarrying industry still view the levy as counterproductive. The Mineral Products Association (MPA), which represents the aggregates, asphalt, cement, concrete, dimension stone, lime, mortar and silica sand industries, commented that the levy 'is in effect a tax on sales as a proxy for environmental impacts and does not discriminate between operators with strong or weak environmental performance or drive better environmental performance'.

However, since the introduction of the Aggregates Levy, along with other measures and factors, the use of recycled aggregate has increased and the share of recycled and secondary aggregates in total UK aggregate sales is now 29% - the highest in Europe.

At Spring Statement 2019, then chancellor Philip Hammond launched a government review of the levy, the results of which have been published.

It states: 'The Aggregates Levy continues to play a role in achieving the Government’s wider environmental and mineral planning objectives'.

Plans for the devolution of the levy to the Scottish Parliament will also go forward: 'It will be for the Scottish Government to make its own arrangements with regard to the design and collection of any replacement tax.'

It is also 'exploring new ways of collecting minerals data to support its mineral planning objectives, including investigation by the ONS Data Science Campus of complementary Big Data sources'.

Officials also said: 'The government recognises the apparent anomaly that some uses of rock, sand and qualify for relief when this use is for an agricultural purpose but not in analogous non-agricultural purposes relating to, for instance, animal welfare or habitat restoration. The government therefore invites representations from stakeholders in respect of processes that fall within the descriptions in Codes 39 to 45 of Annex C but which are not currently eligible for relief because the purpose they are put to is not agricultural.'