Big Interview: Rising to the Top

Dominic Browne talks to Jonathan Pearson, president of the Institute of Highway Engineers and Chief Judge for this year's Highways Awards, about training, breaking down barriers and providing a personal touch to career development.

The first time I met Jonathan Pearson was shortly before we were both due on stage to speak at the Highways Awards last year. 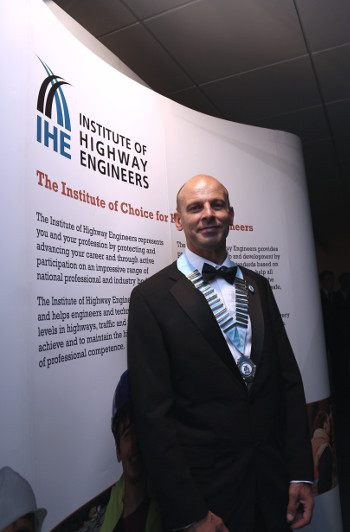 I was in a near-liquid state of fear and to be honest I expected Mr Pearson, as an engineer and thus, I assumed, not used to public speaking, to be even more terrified than I was.

In all shameful honestly I was probably hoping he was, as his distress might have made me feel better.

However he surprised me with his perfect calm and indeed his reassurances.

He metaphorically, and perhaps literally though memory doesn’t serve, put his arm round me and told me it would all be fine.

And it was. Mr Pearson is not a diva, even by engineering standards; he comes across as a person who cares, has a good personal touch and can be relied upon.

It is often said that the IHE feels like a family. Compared to other professional institutions in the highways sector that are members of the Engineering Council, it is a smaller outfit but one that prides itself on providing more bespoke support and punching far above its weight.

It has been put in charge of national guidance on risk liability, is a certified provider of engineering training and expertise and through assets such as its Traffic Signs Panel provides a core repository of knowledge and services to the sector. When the National Winter Service Research Group (NWSRG) was under pressure to produce a new Practical Guide, it was the IHE it chose to partner with.

Speaking to Highways roughly halfway into his two-year presidential term, Mr Pearson states that training is a major personal aim of his, for the good of the sector, not just IHE members.

‘We are very focused on individual development and provide very personal support; you can get easy access to our staff. What we are 95% about is training and getting people qualified.

‘We have been geared up for practitioners, technicians and engineers working at the sharp end. While the Chartered Institution of Highways and Transportation are geared up to work more on policy development, we operate in a more bespoke way.

We are consciously focused on developing engineering, so there are more professional qualifications and training and supporting those who need routes to qualifications.

‘We are encouraging people to become professionally registered. Whereas in the past it was the norm, we now have big chunks of people leaving every year in their 50s and 60s’ - who need to be replaced, he suggests.

As Mr Pearson wrote in his presidential blog in March this year: ‘Through a new collaborative relationship we have forged with the British Computer Society (BCS), we are now able to offer routes to professional registration to technicians who are working in our sector in roles that provide, maintain and develop IT systems that support various highway engineering functions and services.’

The IHE also now boasts a new website and a virtual Highway Engineering Academy bringing together all its training and professional services under one roof.

Mr Pearson’s commitment to education perhaps comes in part from his own experiences rising through the ranks. Born in Suffolk, he lived in Norfolk for 40 years and worked for Norfolk CC for more than a decade.

‘They put me through my HNC CEng. So, supported me through my MA in civil engineering basically. I owe a lot to Norfolk CC – a lot of organisations struggle to do that now – and it allowed me to become chartered.

‘My advice to anyone coming into the industry is join a professional institute. It’s a network where you get experience and qualifications. Register early; don’t leave it too long.’

The training part of his ambitions seem to be doing very well, thankfully, boosted once again by a strong Traffex performance this year that saw many new people sign up to the IHE. 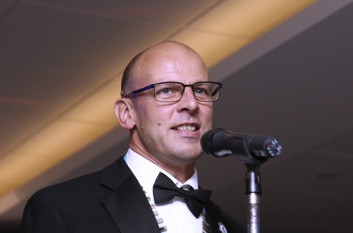 Mr Pearson has also set himself the difficult task of trying to encourage more collaboration between the different professional bodies. This has been an idea kicked around the sector for a while. Phil Moore, former president of the Local Government Technical Advisers Group, mooted the idea when he came into his role several years ago.

‘I wanted to work on collaboration because I feel we were fighting for the same people. It’s about building closer relationships with other groups like CIHT, [council directors’ body] ADEPT and Highways Term Maintenance Association.’

It is fair to say this is not an easy area to make progress in. Not because of any inherent problem with highways bodies, although of course they each have their own patch, or because of personal issues – far from it: the highways sector is one of the most welcoming and engaging working communities around. The issues include having the time and resources (most people in such bodies have day jobs on top of everything else) to work strategies out, the due processes needed in serious professional bodies and the different time frames of presidential terms. It is in fact a bit like joining local authority services together.

Having said this, the importance of the work should not be underestimated, not least in terms of duplication. Sources in the IHE have pointed out that work they have already completed in certain areas has often been reproduced by others. Likewise sources in the CIHT have remarked on how they have seen different groups – both public sector and private – often moot research, which has been done before and for one reason or another has fallen off the radar.

Perhaps the clearest example of this is the Highways Maintenance Efficiency Programme, which started out so well only to fall somewhat away as it was divided up between different sector bodies and lacked the element of central gravity.

Mr Pearson says that meetings are under way and there is appetitite on different sides. The sector should wish him well.

His own day job with Ringway Jacobs, as part of Essex Highways, is as head of programme management and he is a firm believer in the team’s integrated approach.

‘I have worked in several contractual arrangements. My view is the integrated model has the potential to have the best outcome. I have worked in client provider models, which can be very adversarial. There is a lot of wrangling most of the time, in my experience. We have to work in partnership.’ 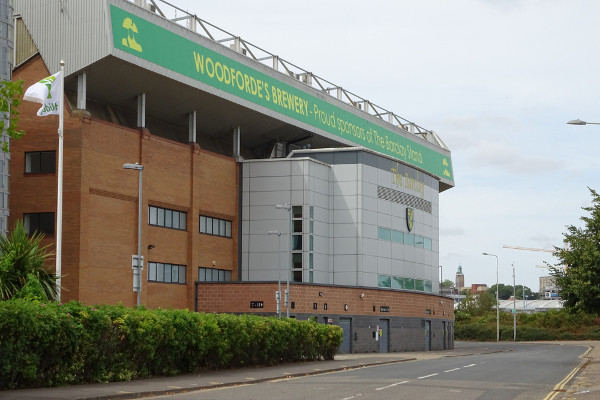 Since Mr Pearson took over as president, a number of IHE events have taken place at Norwich City's Carrow Road ground

Outside of work, Mr Pearson is a Norwich City fan, which he (some would say rightly) claims is ‘not something to be proud of’. However as Highways went to press the Canaries had just won promotion to the Premier League.

Things are certainly looking up for Mr Pearson; a man who, like his favourite club, is already at the top of his game.

Click here to get involved in the Highways Awards.