Councils are issuing fines worth an average of £850,000 a year for parking offences, with one raking in more than £10m, according to new research.

Insurer comparethemarket.com described the London Borough of Newham as ‘the parking fine capital of the UK’, after the council issued 239,000 fines worth £10.6m in year. 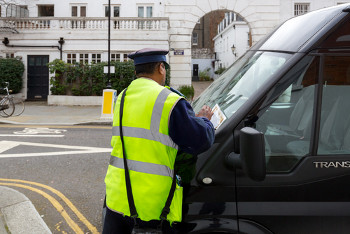 Nine of the 10 local authorities taking in the most from parking fines are in Greater London, with each council collecting more than £4m annually.

Outside the capital, Glasgow and Birmingham were the local authorities most likely to issue a ticket, with Wellington Street and Alum Rock Road respectively the top parking fine hotspots in those cities.

According to comparethemarket.com the average parking fine issued by councils across the UK is £37, rising to £41 in the 20 local authorities that made the most revenue from parking fines.

Parking fines given out by councils outside of London tend to be at a lower rate. 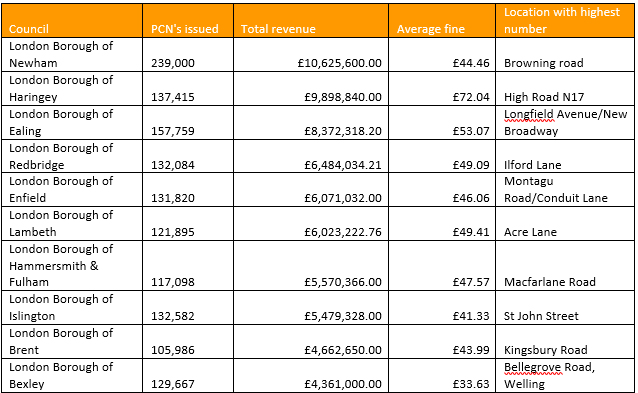 Drivers in London Borough of Haringey, Gosport, and County Durham were issued with the highest average fines at £72.04, £66.25, and £57.93 respectively.

In the last year local authorities issued an average of nearly 23,000 parking fines – with the 20 authorities that issued the most fines handing out on average five times that number – nearly 2.2 million fines between them.

Dan Hutson, head of motor at comparethemarket.com, said: ‘Parking fine revenues are a cash cow for many local authorities. Up and down the country drivers are regularly being caught out by tight parking restrictions. With the third lockdown now in place, we would encourage drivers to take extra care and attention when parking up their car to ensure they avoid a parking fine.’

The data is from Freedom of Information request sent to local authorities in August 2020 and covers August 2019 to July 2020.The information is based on the responses of 204 councils that responded with information. 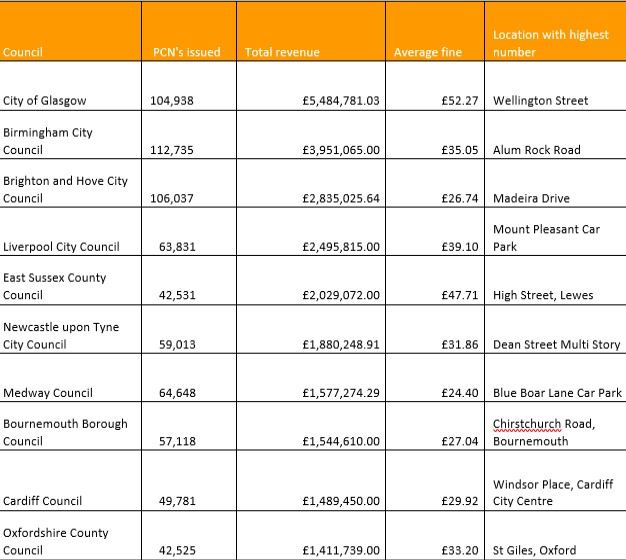 Cllr David Renard, transport spokesperson for the Local Government Association, said: ‘Councils have to try and ensure there are spaces available for everyone at all times of the day and we can keep traffic moving, and dangerous obstructions are dealt with. With an increase of ten million cars on the road in the last 20 years this has become increasingly challenging.

‘Income raised through on-street parking charges and parking fines is spent on running parking services. Any surplus is spent on essential transport projects, including fixing potholes and tackling congestion.’