The Preston bypass was the first professional roads job John Baxter worked on as a young civil engineer just graduated from Cambridge. He marked out the line for the northern section of the Britain’s first motorway. He also made lifelong friends.

He speaks exclusively to Dominic Browne about fellowships built on the road.

How did you come to work on the bypass?

I was at Cambridge and when I finished there I looked at various adverts for young civil engineers and one was for Tarmac. I went to its head office, which at the time was in Wolverhampton, and the personnel manager said, how would you like to go to work on the motorway in Preston?

What was your role on the scheme? 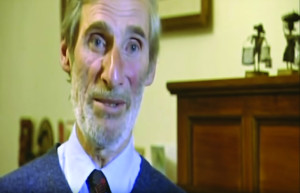 I was an engineer on the northern end of the bypass. As an engineer I had to set out the lines for the cuttings, the fencing, the drains and embankments. I had to set them out from drawings using instruments and then I would make sure the machines went into the right place. The scheme was designed by Lancashire County Council. There were lots and lots of big drawings and we had a set of those drawings and I had an instrument called a theodolite - like a telescope on legs - and a level, which is another sort of telescope on legs.

With the theodolite you can set a line on something and swing it through an angle and mark the ground with pegs in order to show the diggers where to go. The level was a telescope on a tripod with a spirit level in a sighting line and you looked through that to a telescopic staff which was graduated in feet and inches and held by somebody called a chain man. He held it on the ground and you looked to where your cross hairs came on the staff and you could tell how far below your sight line the ground was at that point.

If the ground had to be excavated further we then put posts in the ground with cross pieces on them to mark how much further down they would have to cut. Of course the bypass was not in a straight line; it was going round several curves and up over bridges and all those has to be marked out as well as to where they would be situated.

Did it feel historic at the time?

The labourers on the gangs, who were mainly Irish, some of them had worked for Tarmac many times before that and they regarded it as just another job. But it was my first job. I remember walking out across the fields in the early days, the dew still on the grass, and I thought, gosh this is amazing; in so many months’ time there will be a cutting through here. I remember thinking it was pretty momentous. I felt pretty excited really

What machines were used?

For the drainage, they used excavators a bit like JCBs. For digging out the big excavations, the cuttings, they used machines called scrapers. These were tractor-drawn on caterpillar tracks with a great big box with a cutting edge at the bottom, and that was towed behind a tractor and pushed at the back by a big bulldozer. It was pushed into the soil that was being cut out that way and then it lifted up its bucket at the back and trundled off to wherever the fill was required. When the soil was deposited it was spread out by machines called graders and bulldozers and rolled.

How deep were the excavations?

Some of the cuttings were 60-80ft deep. The soil from the cuttings had to be transported to where the embankments were. A complicating factor was that some of the ground dug out by the scrapers was unsuitable for use in embankments as it was slurry and peat and silt and was too squishy, and we had to find somewhere we could tip this. So we had to negotiate with land owners to dump it on their land and cart it off to tips off the line of the bypass on farmers’ fields.

Can you describe the construction of the road itself?

It was going to be a flexible road. When the ground was level and it had been rolled, it had to be sprayed with a tar compound. It was all shaped to a cross fall so that water could drain off to the side. Then on the bottom there were stones like heavy gravel and there was about 18 inches of that. Then there was the sub-base, which was a gravelly mixture of gravel and sand and that was all compacted down to the right thickness. Then on top of that there was two layers of asphalt - the bottom layer, the wearing course was about two and a half inches think and the top layer was one and a half inches thick. That had to be laid using special machines called Barber Greenes to lay out the asphalt to the right smoothness then it was rolled and smoothed down. 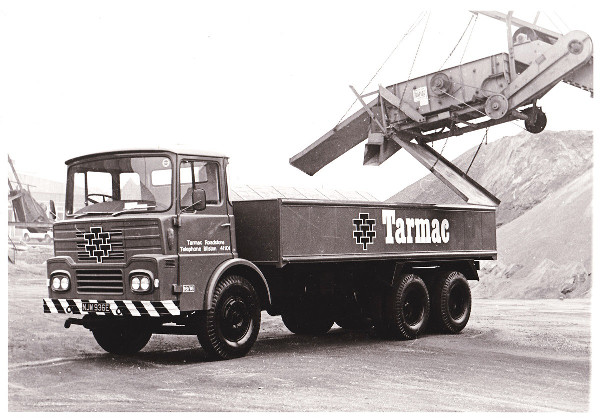 Once all the preparation work had been done - there was a huge amount of preparation work - the machines could lay several hundred feet a day. In some cases the ground at the base level - the formation level - was too soft and squishy, we had to put huge rocks in and drilled them in with big bulldozers to stabilize the ground at the bottom before you started building up the road surface. The stones came from various quarries in Lancashire.

There were several streams running across the line of the motorway. They had to be built in culverts and piped.

After it was opened there was a big fuss about it. Harold Macmillan opened the bypass and of course there were quite a lot of bridges involved as well. There was a lot of hoo hah. Then it had to be closed again because the surface was not standing up to the strain of the weather and the huge amount of traffic. People used to drive from all over the country in order just to experience driving on the motorway. They used to take days out and come in their cars - it was only eight miles - but they would do this.

I remember being very excited waiting for the official party to get clear. I was one of the first people to ever drive on the motorway. It felt fantastic.

Each carriageway had two lanes. There was a central reserve that was 36 feet wide. Each lane was 12 feet wide so each side was 24 feet wide plus the hard shoulder. The idea was that in the future the central reserve could be dug into on either side to make an extra traffic lane. That happened years afterwards.

Back then the hard shoulder was an extraordinary mixture of sand and ash and clay and it was covered with top soil and seeded so that was going to be grassed. So it formed a grass strip. There were no barriers at the hard shoulder on the outside.

There was a new generation of signs made for the motorways. They were erected by a specialist firm. The junctions has to be marked out and white lines put on the surface to direct the traffic to slip roads either side.

Can you tell us some of your fondest memories from the time?

While I was at Preston I got engaged and married. My wife was a nurse and she was working in Edinburgh and she came down on the train and I would meet her in her Austin 7 car. I stayed in bed and breakfast digs. John Cox – the agent on the project - received an edict that there was to be no holidays for any purpose whatsoever after the first of March. That was going to be the start of the muck shifting season - using he big diggers and rollers and earth moving. So we got married in February and moved into a flat on the outskirts of Preston.

A number of us including a few from the Preston day meet once a month for an informal pub lunch. We call ourselves the veterans. On the whole we are not going on about the old days; we talk about what’s happening now. The road construction programme in this country is a bit slow. The traffic problems on motorways are well known. Looking back it was a privilege to work on that job and I met John Cox who was a super chap and I stayed friends with him all his life. There was a real good fellowship and family.

Mr Baxter is now in his eighties. He worked all his career at Tarmac, including on projects on the M1 and M6 motorways and went on to become the company’s director of services.