A top official has told Highways that the government-owned company already plans to upgrade one of the earliest installations of the technology and that a recent fatal crash occurred after the system detected a stationary vehicle but a back office issue prevented an alert being raised.

Highways has previously reported on concerns over the technology and the Office of Rail and Road is carrying out a review of the safety and effectiveness of SVD, following a report by the Commons transport committee.

As Highways reported, the results of a pilot scheme for SVD on the M25 showed that the system would have failed the evaluation if a large number of missed detections had not been excluded from the calculations.

These included vehicles that were said to be out of range of the radar units. National Highways’ benchmark is for the system to spot just four in five (80%) of stopped vehicles across 95% of the carriageway. This means that detection rates across the whole carriageway could fall below 80%.

National Highways’ executive director for operations, Duncan Smith (pictured), told Highways: ‘The installations on the M25 are not to the standard that we are now installing in other places and we will go back and upgrade the M25 to our latest standard.’

Last year the company modified its contract for retrofitting the system to existing smart motorways which, like the M25 trial, originally specified radar units 500 metres apart on average, so that ‘units would be sited on average 300 metres apart in all future installations’.

At the time, it strongly denied that this implied that units on the M25 were too far apart.

The government-owned company’s chief executive, Nick Harris, said last week that a recent crash on a smart motorway section of the M3 occurred after the SVD system failed to distinguish between a lorry that had stopped under a bridge and the bridge itself.

According to the Times, Mr Harris said that National Highways had ‘absolute' faith in the technology and that the incident, in which a van drove into a stationary HGV, ‘falls into the 20%’. 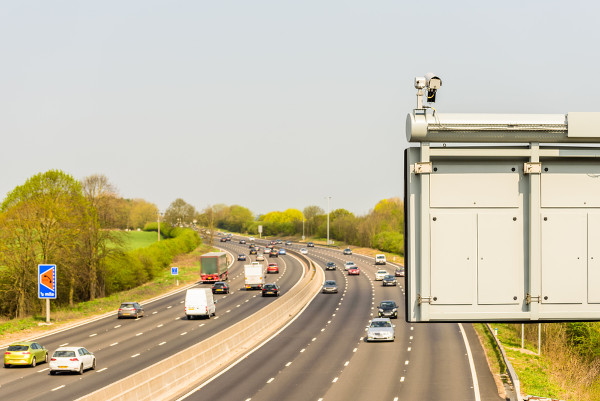 However, Mr Smith told Highways that a recent fatal crash on the M4 had occurred after the SVD system had detected a stopped vehicle but an error had prevented an alert being raised.

Pointing out that the vehicle had stopped in lane 4, Mr Smith said: ‘The M4 [incident] was a particular issue with some of our back office systems that were offline at the time – we’ve now corrected the system so that can’t happen. The scheme was still in operational acceptance so, as tragic as it was, this was a shortcoming of a system that [hadn’t yet] been handed into business as usual.'

Last week, in its second annual update on progress against the Government’s 2020 Stocktake and Action plan, National Highways reported that it had put SVD technology in place on over 100 miles of all land running (ALR) motorway, and was ‘on track to complete the retrofit on more than 200 miles (in total) of ALR motorway by the end of September 2002’.