Keeping up the momentum on roads reform

Former senior official at the Department for Transport (DfT) and co-author of the Rees Jeffreys Road Fund report A Major Road Network for England, Phil Carey, discusses, what needs to come next for the Government’s major road network (MRN).

MRN is the new kid on the block of three-letter acronyms in transport, but it’s growing up fast. The DfT is to credited for the speed with which it embraced the principle that major roads beyond the strategic road network (SRN) also provide vital connections, which David Quarmby and I (pictured, with Mr Quarmby on the right) argued in our paper for Rees Jeffreys in 2016 . And we are now expecting to see the full details of planned MRN investments for the next five years, let’s call it ‘MRN1’ – government’s chance to shed more light on how it is taking forward the concept. 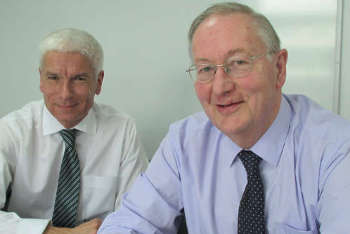 Current obscurity is not so much about the M, or the R, but the ‘N’: what we have at present is simply not a network, but a rather secretive collection of add-ons to the SRN. It was a central feature of our original proposition that the focus should be on a single MRN, bringing together the SRN and the most important local authority roads, and that that combined network must be seen by the user as fit for purpose.

The SRN understandably still gets first dibs; and it shows impressive forward thinking by DfT and Highways England that, the moment that the details of RIS2 are set out, attention will immediately turn to what the future ‘RIS3’ needs to achieve. But we must in parallel address the equally exciting prospect of ‘MRN2’, likewise little more than five years away. MRNs should only be one step behind the RISs in their serial numbers, nothing more. We must sooner rather than later shift to a fully integrated approach to all the main roads that serve England and its economy. That’s what users need.

There is much to applaud in ‘MRN1’: the extra investment (£3.5bn over five years including Large Local Majors) that DfT has secured, of course; and the ambition of the new Regional Evidence Base (REB) process, introducing rigorous and systematic pre-qualification of schemes. But perhaps the biggest win so far for the MRN programme is in giving the sub-national transport bodies (STBs) a meaty role in strategy for the core transport asset, the road network. Indeed, it is arguably only the enticement of a slice of MRN funding that has ensured that STBs are now in place for all parts of England. STBs have made the MRN a key part of their emerging transport strategies and should play a prominent role in making so much more of the concept.

STBs, though, have been alert to the shortcomings of MRN1. They have been pressing for indicative regional allocations to guide their task of identifying potential schemes from the REB. And many have seen the focus on the £20-50m scheme cost range as ruling out those smaller, better value packages that emphasise public transport provision rather than new road infrastructure. That concern may be overstated: we must never forget that better roads make for better journeys, whatever mode the user chooses; and the guidance explicitly embraces bus lanes and facilities for walking and cycling.

More disappointing in my view is the absence of three core components of the Major Road Network as put forward by Rees Jeffreys. The surprise decision earlier last year not to publish any map of the MRN means it has no public profile whatsoever – and that would be the precondition for raising awareness of the role these key local roads need to be playing.

Second, focusing on a set of MRN roads in isolation from the SRN risks sub-optimal investment decisions; the two clearly have a symbiotic relationship, and strategy for the SRN must take full account of the contribution that MRN roads can make.

And third, Government has not yet adopted any aspect of our Fit for Purpose proposition – a focus on the service that the MRN should provide in return for increased investment. If we don’t track how journeys improve as a result of the programme, we have no way of knowing if all the effort is worthwhile. 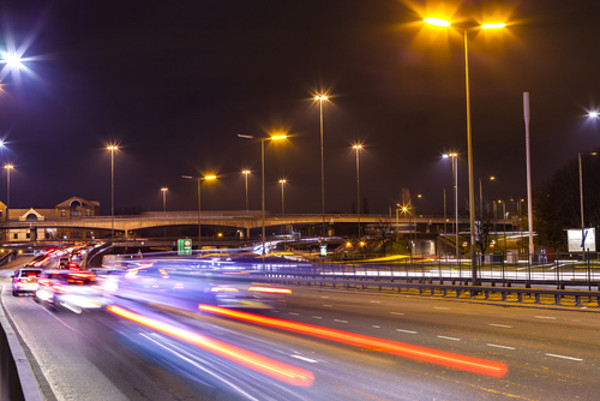 Greater transparency on the service that major roads currently offer, and how they could improve in future, must be at the heart of the case for diverting a greater share of public investment into the network. MRN2 would need to have significantly more than £3.5bn available if it is to drive a transformation of the user experience of these roads.

The new Government has committed to an ‘infrastructure revolution’, and with major roads constituting the core of England’s transport infrastructure, that should now mean a more favourable climate for securing the uplift in investment that they need. But that is clearly still a big ask of government; and the case would be helped by focusing first on two key enhancements needed for a more effective MRN2.

First, integration with the planning for RIS3 is a must. The next round of STBs’ Regional Evidence Bases must assess the needs of all major roads in the region, including the SRN. There is little point in a strategy for developing the MRN on its own, just as planning by Highways England on the basis of SRN-only Route Strategies falls well short of the full picture. Highways England will need to be closely involved with each STB – including TfL – from the start of this process, assessing how the combination of SRN and MRN can provide the best possible service to users.

Second, working up a specification of the service that MRN roads deliver, now and potentially in future. The first step would be applying to MRN roads some key elements of the Performance Specification that is about to be set for the SRN in RIS2. Measures of safety, road condition and user satisfaction, for example, will be relatively easy to come by, and the increasing availability of data from connected vehicles is making it possible to track other service metrics such as delay and reliability across a bigger network. It will be important to engage users in what can be done by being open about what emerges; so as a starter, the map of the MRN has to be made public.

And there will of course be a prominent environmental dimension to the service that these roads perform, highlighting the impacts, positive and negative, that the combined MRN and SRN have on communities alongside, and how it facilitates low and zero-carbon travel. This is all a precondition for determining what more needs to be done to ensure the MRN becomes fit for purpose, deserving of substantially increased investment.

There’s a lot for Government to grapple with here, but with the fresh energy of a new mandate, and with the enthusiasm and ambitions of the STBs, the prospects for serious reform taking root seem stronger than for many years. Work needs to begin now on mapping out how RIS3 and MRN2 should take shape, with the processes henceforth being as closely aligned as possible. Focusing now on the true Major Road Network, and how it can be funded, can indeed be at the heart of achieving a genuinely sustainable transport system.